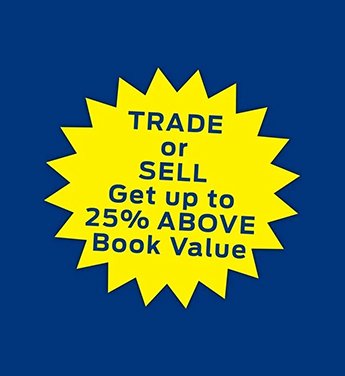 
Sayville Ford, located in Suffolk County, Long Island, has been family owned and operated for three generations over- 50 years! Not only are we the largest independent Ford dealership in the New York region, but Sayville Ford's focus on complete customer satisfaction has earned us the reputation as a leader in the automotive industry!

Model Overview
The new Focus is offered in 4-door sedan or 5-door hatchback forms in S, SE, SEL, Titanium and ST trims--although hatchbacks aren't offered in base S form and the high-performance ST is hatchback only. S, SE and Titanium models can be had with either a 5-speed manual gearbox or 6-speed PowerShift dual-clutch automatic transmission, while SEL models only come with the automatic, while the ST is only available with a 6-speed manual.

All but the electric Focus and the Focus ST utilize Ford's 2.0L direct-injection 4-cylinder engine, making 160 horsepower and 146 pound-feet of torque. Ford's Ti-VCT variable valve timing system helps provide stronger response through the rev range while saving fuel at other times. Ford anticipates up to 40 mpg on the highway.

With a 4-wheel independent suspension--combining a semi-isolated front subframe and a control-blade multi-link rear suspension--along with 4-wheel disc brakes in all but the S and SE models, the Focus has stronger performance credentials than most small cars. The suspension is tuned to be quite firm yet has enough give to soak up heaves and potholes; Ford's electric power-steering system provides good steering weighting and responsiveness as well. In addition, a torque vectoring system, included with the standard stability control system, balances torque delivery between the front wheels for better poise out of corners.

Front seats in the Focus are supportive buckets, with even better, firmer bolstered ones provided with the Sport Package. Both the sedan and hatchback have about the same back-seat space--just ample for most adults. Cargo space is quite generous in either model, with a relatively wide trunk opening in the sedan. In either model, the back seat folds forward nearly flat.

All Focus models but the base S come with Sync, which provides voice-command-based connectivity with phones and media players and can perform other actions such as reading texts. MyFord Touch is included in all Titanium models (optional on SEL) and brings a huge, colorful 8-inch touch-screen display, which can also be controlled through steering-wheel buttons. This system includes advanced voice control for climate control, entertainment and other vehicle functions, and can also turn the vehicle into a wireless hotspot with a USB-based cellular data modem. It's also packaged with an upgraded Sony sound system, as well as satellite radio and HD Radio with an iTunes tagging function. Other available features in the Focus include multi-color interior ambient lighting, a rearview camera, push-button start and an Active Park Assist system that steers the car into a parking spot while the driver only modulates the brakes.

The Focus ST is far more aggressive than its siblings. Its standout feature is a turbocharged 2.0L engine producing 252 horsepower and 270 foot-pounds of torque. The ST's suspension has been beefed up and unique 18-inch wheels help to greatly improve the handling of the car, while larger brakes help slow it down. The exterior is also differentiated from standard Focus models with a unique grill, body kit and rear wing, giving the Focus ST a much lower stance and more aggressive look. Available only as a hatchback and with pricing similar to the Titanium model, the Focus ST offers a bit less luxury but a lot more performance.

Getting financed with us is fast and fun. Whether you’ve always enjoyed a sterling credit history, are currently working on improving your credit score even more, or this is your first time buying a car, you can count on the friendly experts at Sayville Ford to make the whole process transparent and easy to understand. To learn more and get the ball rolling on the right loan for your unique financial situation, call 631-573-0532 or apply online now.

What is the financing process like at Sayville Ford?

Easy and relaxed. Our primary goal is your total satisfaction, so we provide you with as much time and expert insight as you need to properly consider all of your loan options. This commitment to friendly, honest, and fair service is truly a breath of fresh air and ensures that you drive away happy, satisfied, and behind the wheel of the vehicle you've always wanted.

What are the steps in the financing process at Sayville Ford?

Great question. Securing a competitive loan from Sayville Ford takes only three easy steps. First up is to either apply online for pre-approval via our quick and convenient online credit application or call 631-573-0532. From here, one of our financing experts will connect with you to go over the details of your loan offers and ensure that you have everything you need to make a smart and informed decision.

After reviewing your proposed loan terms and consulting with our financial advisors and your trusted personal confidants (friends, family members, etc.), there is only one step left: Finalizing the perfect loan for you via a simple and respectful process. By following these three short steps, you can make the most of the best loan experience here in Long Island.

What is involved in securing an auto loan in Long Island NY?

The answer to this question includes a variety of factors, such as:

People from all around Long Island come to purchase a clean car, truck, or SUV from our used car lot each and every day. Most loans prepared by our team are entirely unique, so the factors that will shape your bank loan will depend on your specific situation, desires, and needs.

Our expert financial professionals are happy to find and present lots of great offers to ensure that you are in complete control and that you are receiving the best deal possible on the loan you need. Our customers make great and informed decisions based on all of their available options thanks to a perfectly transparent process that we take seriously.

Who can I call at Sayville Ford to get the financing process started?

Any of our amazing specialists will be more than happy to help you get the ball rolling on your dream car. All you have to do is dial 631-573-0532 when you have a few free moments and you'll soon see that getting approved for a car loan at Sayville Ford is quick, easy, and convenient.

2019 Ford Explorer XLT 4WD
Red
$37,989
Although every reasonable effort has been made to ensure the accuracy of the information contained on this site, absolute accuracy cannot be guaranteed. This site, and all information and materials appearing on it, are presented to the user "as is" without warranty of any kind, either express or implied. All vehicles are subject to prior sale. Price does not include applicable tax, title, license, processing and/or documentation fees, and destination charges. Price subject to change. ‡Vehicles shown at different locations are not currently in our inventory (Not in Stock) but can be made available to you at our location within a reasonable date from the time of your request, not to exceed one week.
Close
Close
© 2021 Sayville Ford | Privacy Policy
Much from Remora
Send Now
Close
Share Search Results

Use this shortened URL to share your current search results.